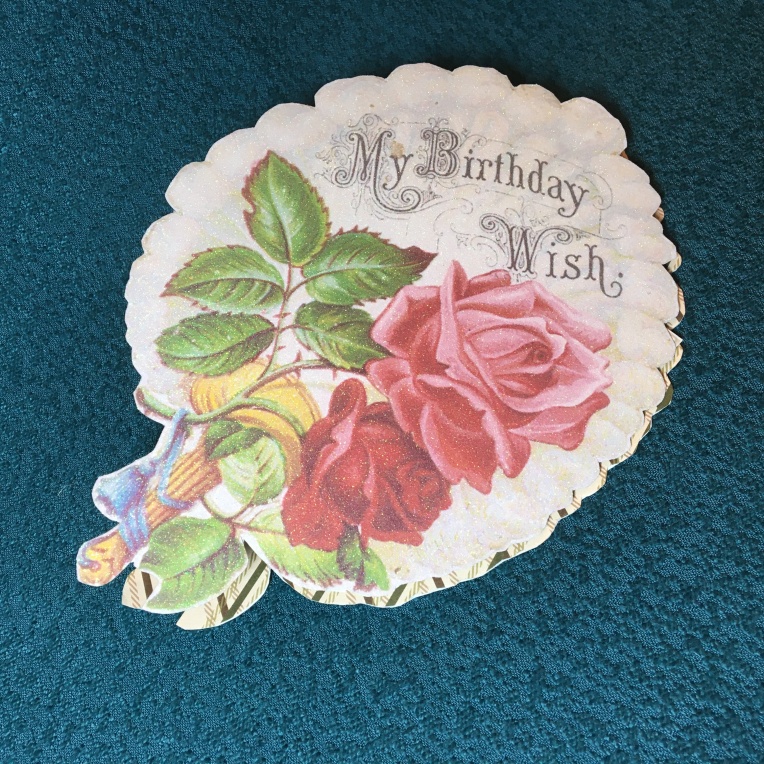 Vintage greeting cards are charming. Using royalty-free images from Dover Publication’s Electronic Clip Art is a great way to use vintage images and resize them to fit your needs on a computer. I printed both flowery birthday images from a book with a CD-ROM called Treasury of Greeting Card Designs. The front fan image I printed on printable glitter cardstock. I put two of the same size of the smaller calling card image on regular white cardstock. 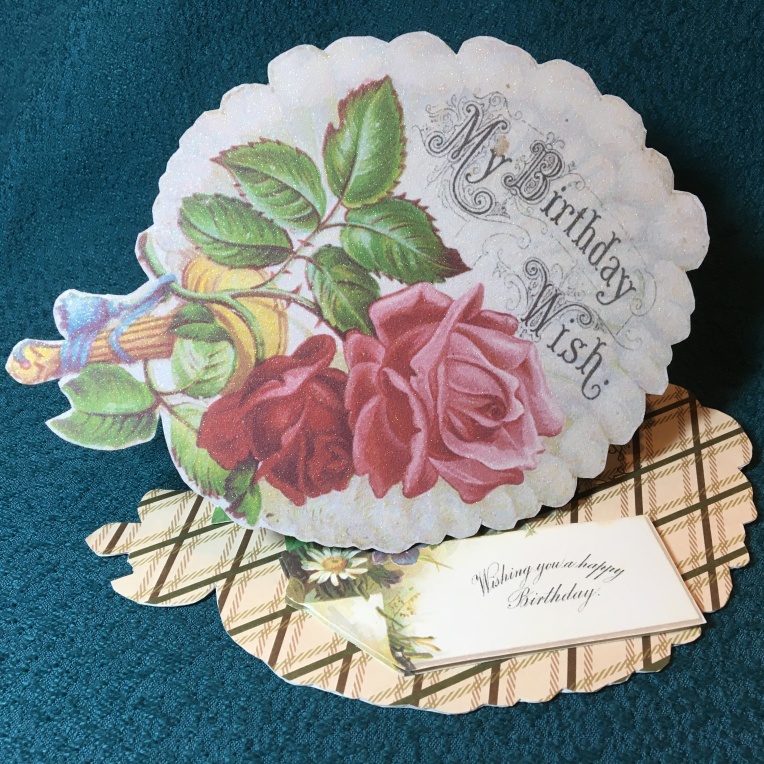 Fussy cutting all the images was necessary. Of the two smaller images, I cut one fully out and the second one I only cut-out the calling card portion. The calling card is placed on foam squares to form the rest for the “easel” fan front. 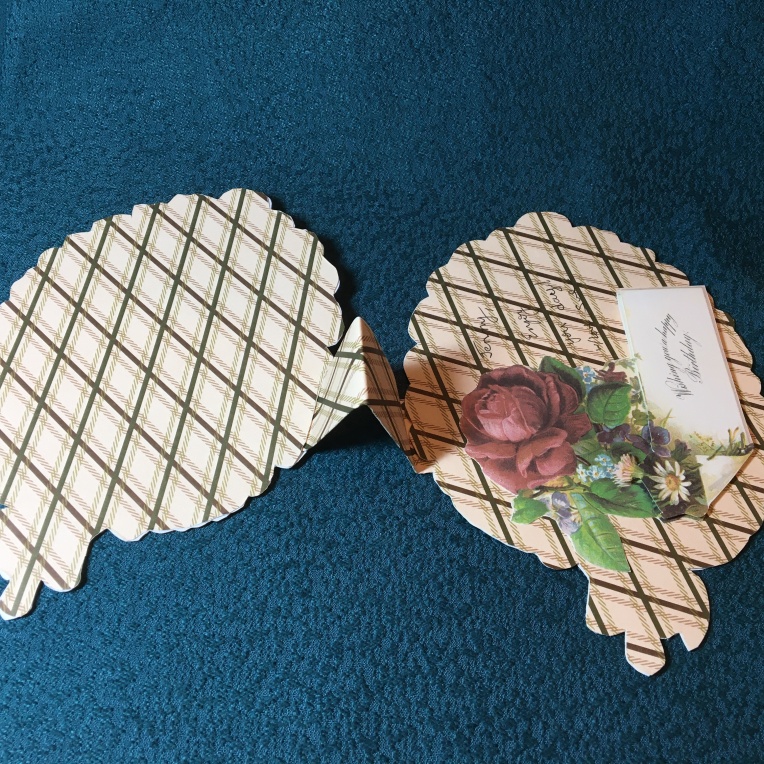 I traced the fussy cut fan onto a piece of white cardstock and cut it out for the card base. I covered the side of the base that would show when open with double-sided tape and then laid the plaid paper from the Victoria & Albert collection of fabric and wallpapers on top and fussy cut it. Next, I adhered the smaller image to the plaid side of card base positioning it so it would act as the easel rest. From the same plaid paper, I cut a 3.5-inch-wide strip folded in long-wise in half and using double-sided tape inside made a 1.25-inch-wide strip that was plaid on both sides. 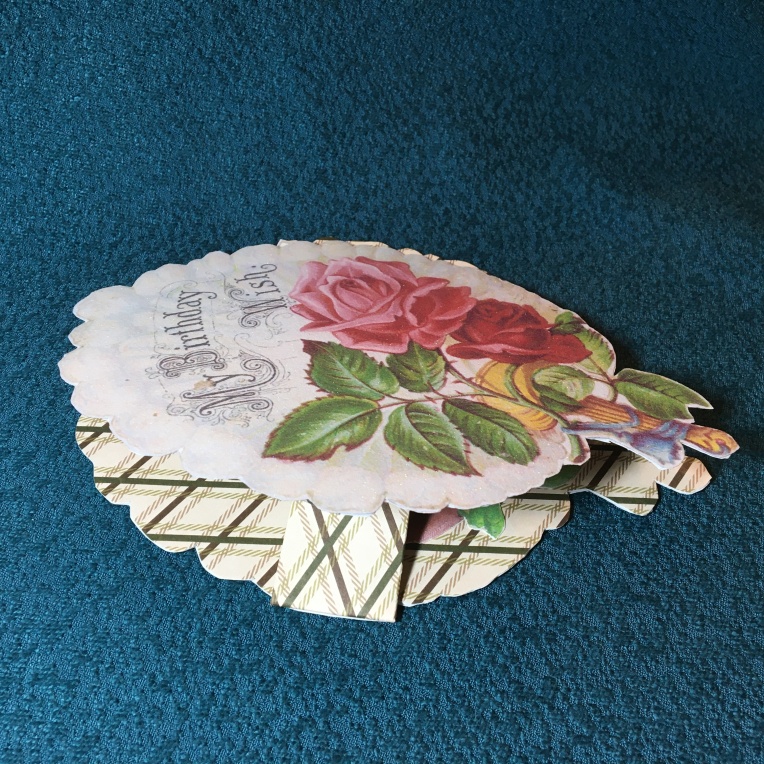 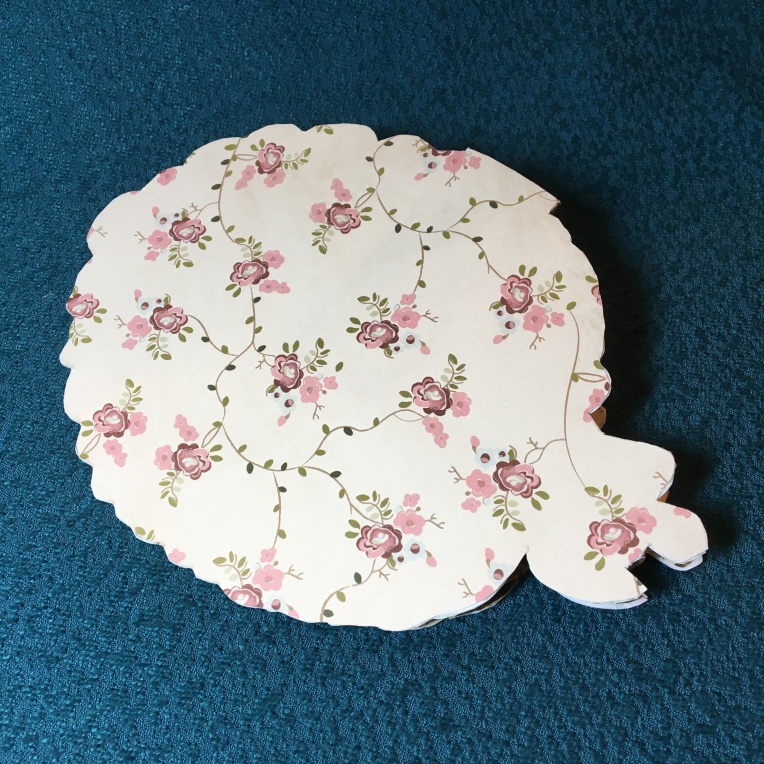